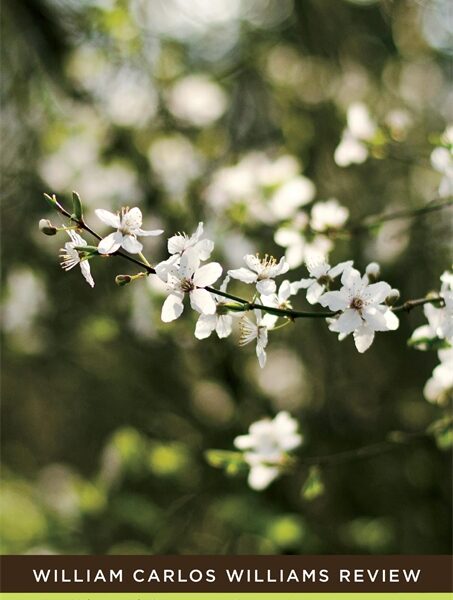 The WCW Society offers an annual prize of $500 for the best work published in the William Carlos Williams Review in a given year. This prize is possible through the generosity of Walter Scott Peterson––the first scholar to publish a book-length study of Paterson and now one of Williams studies’ most active supporters. Due to the pandemic we now have the pleasure of being able to award prizes for both of the past two years at once.

The prize for 2019 is awarded to Ciarán O’Rourke for their essay “Pictures from Jutland: Placing the Poetries of Seamus Heaney and William Carlos Williams.” O’Rourke is an award-winning poet with a PhD from Trinity College Dublin, and has previously published other essays on Williams (including on WCW’s poetry for the masses and his relationship to Irish poets). The committee was especially impressed with O’Rourke’s treatment of both the historical discussion of Heaney’s interest in Williams, and by his deft close reading of poems by both writers, focused on the fascinating Tollund Man discovery.

Most recently, the winner for the Peterson Prize for work appearing in the WCW Review in 2020 is Katie Schnur, for the essay “Mechanical Labor and Fleshy Births: Maternal Resistance in Mina Loy and William Carlos Williams.” Schnur, who received their PhD from the University of Michigan and now teaches in New York City, was also previously published in the Review in 2016. The prize committee thoroughly enjoyed Schnur’s perceptive handling of Williams’s “fascination with, and disgust for, women’s bodies in labor” as well as how useful the comparison with Loy, and the context of literary Futurism, are for understanding Williams’s perspective anew.

Congratulations to both our winners! To be considered for future Prizes, scholars are invited to submit their work for consideration in the Review, by contacting editor Ian Copestake.